Cover Reveal - Come and meet the Lumberjills - IN ANOTHER TIME


I am so thrilled to be able to share with you the beautiful cover for my second novel, IN ANOTHER TIME, which will be published on August 28th by Harper Teen in the US and Harper Collins Children’s Books in the UK. The fabulous book blog, YA Books Central has today unveiled the cover for me, and to celebrate, we are giving away FREE BOOKS AND OTHER STUFF, including an advanced copy of IN ANOTHER TIME.

IN ANOTHER TIME is set in 1942—half-way through World War Two—and follows Maisie McCall, a Glasgow girl who defies her parents, and volunteers to pick up an ax and saw to become a lumberjill of the Women’s Timber Corps in the Highlands of Scotland. She makes friends quickly, and not only with the other lumberjills. There’s also a handsome Canadian lumberjack . . . 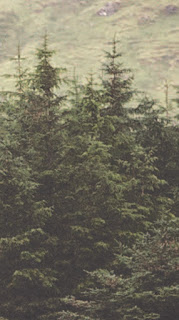 Love is worth the fight
It’s 1942, and Maisie McCall is in the Scottish Highlands doing her bit for the war effort as a Women’s Timber Corps lumberjill. Maisie relishes her newfound independence and her growing friendships—especially with the enigmatic John Lindsay. As Maisie and John work side-by-side felling trees, Maisie can’t help but feel like their friendship has the spark of something more to it. And yet every time she gets close to him, John pulls away. It’s not until Maisie rescues John from a terrible logging accident that he begins to open up to her about the truth of his past, and the pain he’s been hiding. Suddenly everything is more complicated than Maisie expected. And as she helps John untangle his shattered history, she must decide if she’s willing to risk her heart to help heal his. But in a world devastated by war, love might be the only thing left that can begin to heal what’s broken. 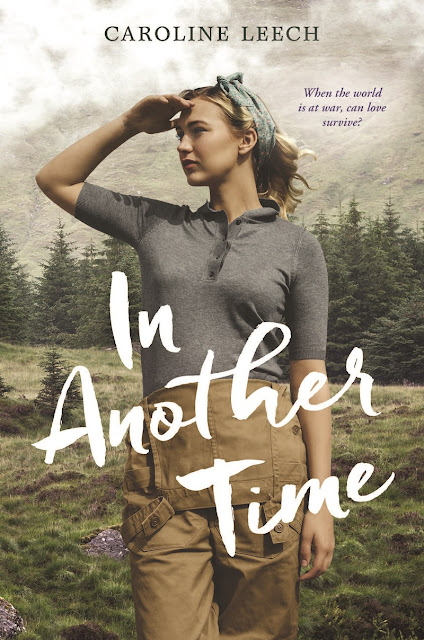 When my lovely Harper Teen editor, Alice Jerman, first sent me a draft of this amazing cover—again designed by the genius that is Harper Collins’s Aurora Parlagreco—I was struck at how beautifully it captured this particular period of the wartime. This girl looks strong and independent just like Maisie, but still, there’s a hint of worry in her expression—it is wartime after all—and there’s also some uncertainty, as if she is searching for the answer to a very particular problem out there on the hillside. And as you will learn once you read the book, that’s all very Maisie too.

And of course, I was thrilled to see again the same title font—“my font”—which Aurora created by hand for the cover of WAIT FOR ME. With the same titling and color palette used for both covers, look how beautifully my two books will sit together on a shelf. 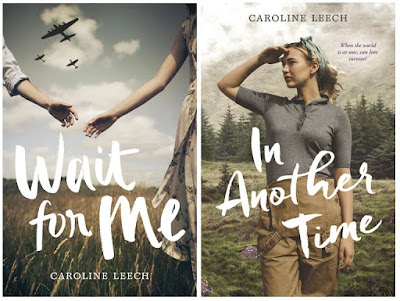 Thank you for sharing this exciting moment with me, but before you head over to YA Books Central to enter my Giveaway, here’s a snippet of the lumberjill action you can expect from IN ANOTHER TIME, just to keep you going until next August, or until you win my advance copy in the Giveaway!


What song would John Lindsay hum as he was swinging his ax? Suddenly a tune came into Maisie’s mind. It was the one she and John had danced to, albeit briefly and disastrously, last night.
Before the music escaped her mind, Maisie lifted her ax. Then, as she began to sing under her breath—“We’ll meet again, don’t know where, don’t know when”—she brought the ax down sharp into the bark of the log.
Amazingly, it did the trick, and Maisie let out a cry of delight as the ax sliced cleanly again into the flesh of the tree.

To enter this celebratory Cover Reveal Giveaway, head over to YA Books Central for a chance to win not one, but THREE fabulous prizes, including an advanced copy of IN ANOTHER TIME!

(The trio of Harper Collins new YA historical novels to be won will be AMONG THE RED STARS by debut Gwen Katz, a thrilling new novel about the WW2 Russian girl pilots known as the Night Witches; THE FREEMASON’S DAUGHTER by Shelley Sackier, another Scottish historical tale dubbed OUTLANDER for YA; and Mackenzi Lee’s THE GENTLEMAN’S GUIDE TO VICE AND VIRTUE, a funny and sweet swashbuckling 18th century adventure. Three perfect reads for fans of historical YA fiction.)


TO ENTER THE GIVEAWAY, CLICK HERE!
Posted by Caroline Leech at 1:31 PM No comments: